a chamber cast of Anduril

I took a chamber casting of the Remington 600 known as Anduril. 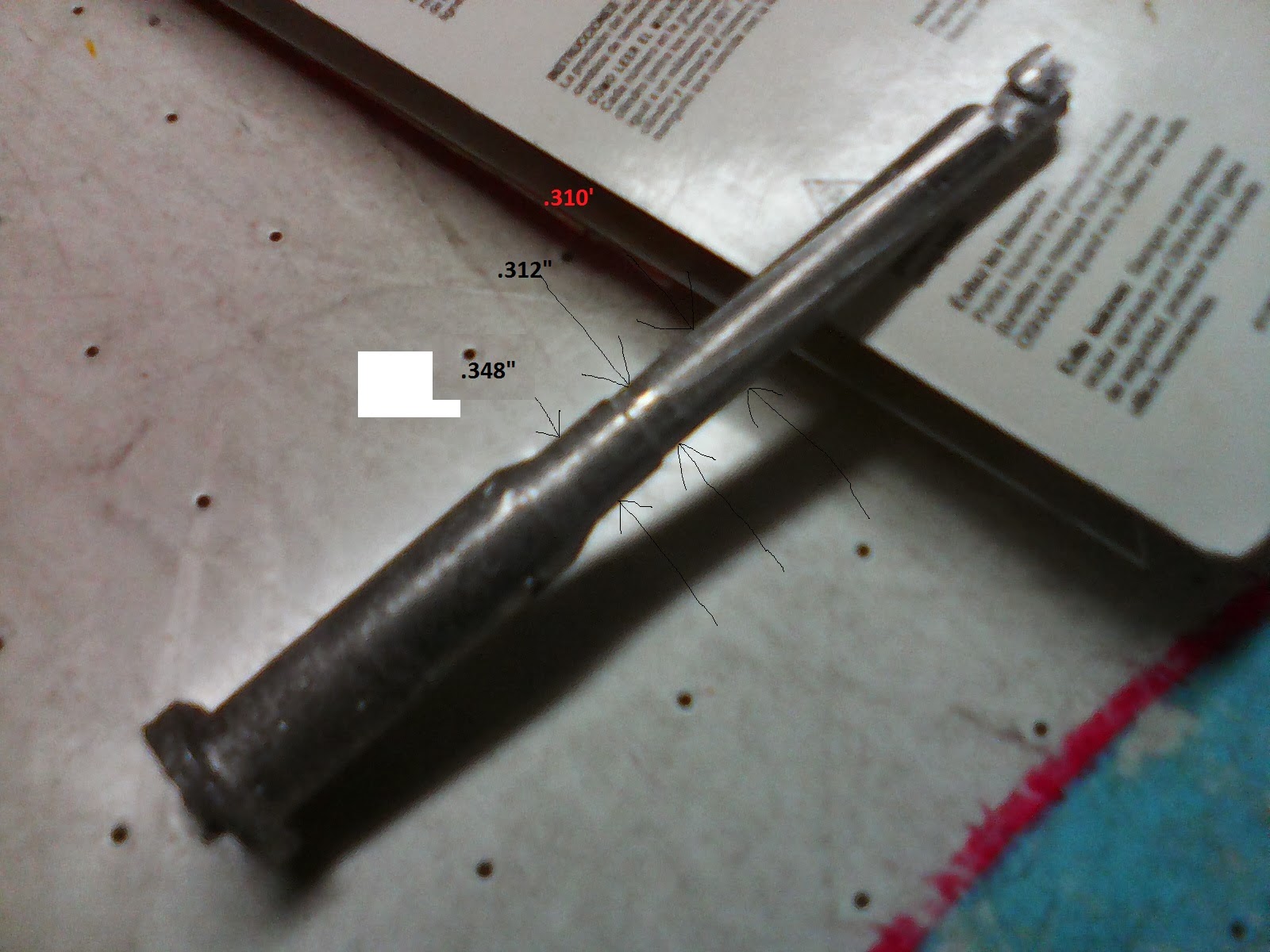 that sounds a bit over.  Any ideas, readers?  Is this barrel d00med?

Update:  using my l33t Bene Gesserit training, I managed to slip the caliper on the cast just forward of the freebore, between the lands, and it's really .308" in there, and I'm not scraping Cerrosafe off of the casting.  Maybe not d00med.  But the very short magazine box plus the approximately .225" of freebore really limits bullets that will touch the rifling.  Would almost rather have the barrel pulled, lop off one or two threads of barrel shank, twist it back in and have a new chamber cut with less freebore.

Update 2:  gotta keep in mind that Cerrosafe expands to .0025" oversize after it has done cooling, in another 7 days or so; this cast was taken Monday afternoon.  That expansion is on the same scale as my measurements tell me the chamber is oversize in diameter.

And we found SAAMI specification drawings.  The freebore is supposed to be only about .08" long.  That may be the only problem with this chamber.
Posted by Fûz at 18:47 4 comments: