The car gets a Christmas present too

Colorado's patented Passive Snow Removal System ("We Don't Plow and We're Damn Proud of It. It'll melt on its own. What are you, from California?") forced me to take our sedan out for its Christmas present. It is having a better year than the rest of the family put together.

In a mild left turn, it slid on passively-to-be-removed snow and struck the curb, knocking a chunk out of the curbside-front alloy wheel and gouging its tire. 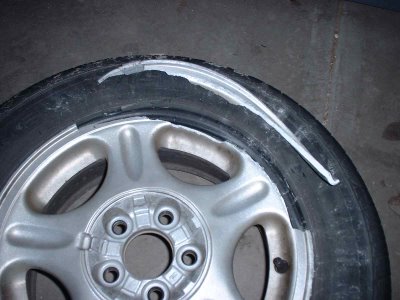 I can ratiocinate with the best of ratiocinators, reciting marginally relevant facts merely to soften the blow: I knew I needed new tires all around anyway, have only been putting it off. That gouge had been there a long time, not safe driving on it. Lucky there wasn't a kid on a bike at that intersection. And so forth.

Strangely, the folks who usually work on the Fûz fleet had all the work done minutes after Barbaloot picked me up from leaving the sedan at their shop. This is not their SOP.
Posted by Fûz at 21:31

Your humble narrator was awarded the MSM last Saturday.
Posted by Fûz at 21:43

Fatherhood, the greatest job in the world

Firstborn's cast has been off for a week, and she's back to her normal high-speed low-drag self. Middlechild has begun occupational therapy, wherein we urge her to sit on a basketball when she has difficulty containing her energy, and to crabwalk to the bathroom in the morning to brush her hair. 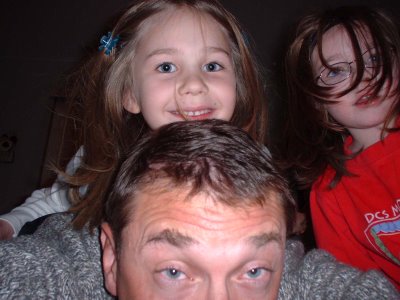 Boy is being very boyish. Some pics of him are coming soon.
Fetus kicked Barbaloot in the ribs today.

I haven't posted anything in weeks, but I have a life, Christmas is coming, I'm supposed to be learning Photoshop and Linux, Christmas cards should have already been in the mail, and we've a new Baby in the house too (AMD Athlon XP 2500, 512MB, GeForce 2, dualbooting Win2k and RedHat 9) and Hallelujah, Comcast's cable modems have reached the neighborhood. We're considering it.
Posted by Fûz at 21:56