Clearly, what the folks who wrote that bumpersticker meant to say was that people should not complain about how much education costs or take action to reduce it. Their livelihood depends on an assumption that schools must be expensive to be any good; the more expensive, in fact, the better. The average bloke who shops around for education for his kids will make a horrible mess of them. Leave this matter to Us, citizen.


For inexpensive, and probably superior education, one must, however, buy that education from somebody other than the folks who wrote that bumpersticker aphorism.

In the primary contest for the Republican nomination for US Senate, to replace Senator Ben Nighthorse Campbell: as far as RKBA goes, Schaeffer looks better and is better known, Coors seems too much Owens's buddy for me to trust him on this.


But Schaeffer is beginning to really piss me off with attacks on Coors about reducing the drinking age. This line of attack reeks of Nanny-Statism, and it's out of character for a conservative, neo- or otherwise. I see the same freedom-dynamic behind both RKBA and right to booze. If Schaeffer's support for RKBA is not moored to a deeper philosophy of freedom, one that also sees a right to be stupid with liquor for example, that support can be knocked loose and he'd be no better at protecting RKBA than Bob Dole under pressure or if faced with a hard choice.


Why no discussion of the contenders for the Democrat Party's nomination? Well, what about them?


BTW, I'm aware of no Libertarian candidate at all. My copy of the LPCO newsletter did not mention one. If that spot's still open, well . . .

This is my yard

And it's covered in hail. My neighbor photographed it and sent it to a local TV station.
Posted by Fûz at 18:50 No comments:

Along the same lines, Roderick Long at Liberty and Power thinks he heard that Bill O'Reilly would be willing to hand himself over for decapitation if the holdouts in Fallujah surrender.

The punchline to both the joke and the O'Reilly story is: "Good trade."


Sheldon Richman at Future of Freedom Foundation, speaking about blue-ribbon commissions in general and the 9/11 Commission report in particular. Hat tip to David Beito at Liberty and Power. 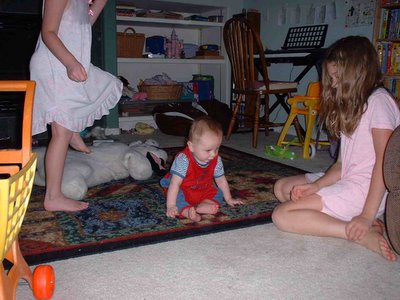