The problem is that, in meatspace wargames such as at Ft Polk, there is an explicit trade-off between MILES gear that is utterly digital, or simulated munitions that possess real external and terminal ballistics. The digital gear supports extensive automated systems to characterize the armed engagement, at the cost of significant loss of authenticity.

The laser systems can also teach the wrong lessons. Lasers can’t penetrate drywall or foliage; bullets can. The laser vests, according to the RAND report, “equate concealment and cover, a dangerous lesson for ground forces who sometimes demonstrate a frightening ignorance of the difference between the two.” (The JRTC sometimes uses paintball-like “simunitions,” but they don’t have the information-gathering capabilities of the lasers.)

The solution would add the support for scalable automation (position, time, operator, manner of impact, option for umpiring or other mediation) to the physical entity of a moving, material, nonlethal bullet that will penetrate enough concealment (but not body armor) to drive the point home, like paintballs do.

How cheap are RFID tags nowadays?

Develop a plastic bullet containing an RFID and an impact-activated transponder.

When the ammunition is issued to the soldier, a transponder interrogates it so the supervising system knows which soldier is carrying it.

Without knowing much about RFID tags and their RF capabilities, I'm guessing that the location of a given tag or swarm of tags could easily be triangulated by a limited number of networked location-aware transponders. I'm also guessing that the tag can be interrogated in milliseconds. And that it can be powered by the acceleration of a small magnet through a wire coil, both packed comfortably aboard the bullet, so the tag gets an ample shot of DC both when it is shot down the barrel and when it bounces to a stop.

At the end of the exercise, golf carts equipped with transponders and vacuum cleaners scour the play area and sweep the spent bullets up, either for re-use or disposal.

Nothing in this concept is incompatible with the existing MILES gear. Both systems can overlap, and probably should, because the RFID-tagged bullets will not duplicate the exterior ballistics---the range and accuracy---of real rifle bullets. If they did, they would be real rifle bullets and carry the lethality of real rifle bullets.
Posted by Fûz at 12:10 No comments: Links to this post

This greets me in my work inbox:

You are receiving this e-mail as a secondary means to notify you that your personal information was among that stolen in the recent theft of Veterans Affairs electronic data. For more information please contact the Veterans Affairs contact center at 1-800-333-4636 or visit the VA Website at http://www.firstgov.gov/veteransinfo.shtml.

Maybe I'll have grounds to sue, inspite of being still alive and not depending on portable oxygen. But to sue whom? DoD? VA? SecDef? Congress?

Please view the project of dismantling the Social Security system not as an economic objective but as a matter of simple criminal justice. Our government practically requires us to create and maintain a vulnerability to identity theft to simplify their governance over us. In this policy this government is insubordinate to us.

The vulnerability is made even sharper and more prevalent, the exposure to risk greater, for persons who have served in her defense.

This is intolerable.
Posted by Fûz at 11:37 No comments: Links to this post

Weck up to Dave 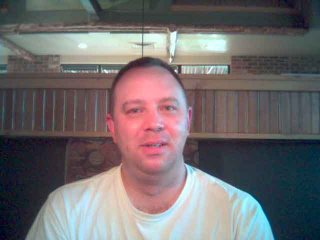 Dave and I got some dinner the other night, had a great time.

We have differences: he's atheist, I'm a lapsed agnostic, for example, but we share a love for and commitment to the American West. We just had trouble putting our fingers on exactly what about the American West evokes that love.

And Dave, go for the Bresnan phone. It costs more than the Vonage, but it coexists much better with the pipe it's connected to.

David is only the second blogger I've made my way to meet, WalterinDenver being the first. But that might not count for some of you, because I met him before I launched WUTT!.
Posted by Fûz at 21:55 No comments: Links to this post